Welcome to part 3 of my trip to the USA! In part one I covered Houston, Dallas and Memphis, and in part two I covered Nashville, Pigeon Forge and Atlanta.

After our stay in Atlanta we packed up our things again and headed over to New Orleans! This was a long 7 hour (plus rest stops) journey, so by the time we arrived we were pretty exhausted. However it was all worth it when we arrived at our accomodation, the Creole Gardens Guesthouse and Inn. In the middle of the beautiful Garden District, Creole Gardens is the cutest B&B with a sunny and relaxing courtyard and a brightly painted exterior. Inside the rooms were rustically decorated with gilded mirrors, antique wardrobes and chandeliers. All the staff were so friendly and helpful, and we got a superb breakfast every morning – what more could you ask for?

On Friday I couldn’t wait any longer – I had to go to Magazine Street! I was in desparate need of a new manicure so first we stopped in at Lily’s Nails, and then we were straight over the road to the Trashy Diva store!

I had seen sooooo many amazing new Trashy Diva prints popping up on Instagram in the few months before our trip, but I wanted to hold off buying any so I could try them on in person. The problem when I got there was, how many could I limit myself to?! After much deliberation I narrowed it down to the Lucy skirt from the new Hourglass collection, the Lilac Atomic circle skirt, the Lena Picnic dress, and of course the Annette Mahjong dress – swoon! I even got to do an impromptu photoshoot which was super exciting and definitely a highlight!

After the Trashy Diva we made our way down Magazine Street, stopping off at places like the gorgeous Century Girl Vintage store, and an antique mall where I found a lucite purse in perfect condition for a bargain! This was very hot work though as the temperature was soaring (we admittedly ducked into a lot of other stores just to abuse their air conditioning) and eventually we gave up on walking and caught a cab back to our accomodation. After a nap we ventured out again for dinner and then beignets at Cafe du Monde – yum!

On Saturday we got up early to go to the National World War II museum, which was just down the road from Creole Gardens. All the exhibitions and the layout were superb, and there was so much to take in. We really made the most of it by getting a ticket for the Beyond All Boundaries screening (narrated by Tom Hanks) and going through both of the Campaigns of Courage (the road to Berlin and the road to Tokyo). I didn’t know a lot about WWII so it was really eye-opening, and all up we spent about 6 hours there.

We couldn’t spend time in New Orleans without learning about Mardi Gras, so on Sunday we took a trip to Mardi Gras World. This gave us the opportunity to see the history as well as how all the props and floats were made. Everything was so enormous and colourful, and it seems that over the years they must have made just about every character! 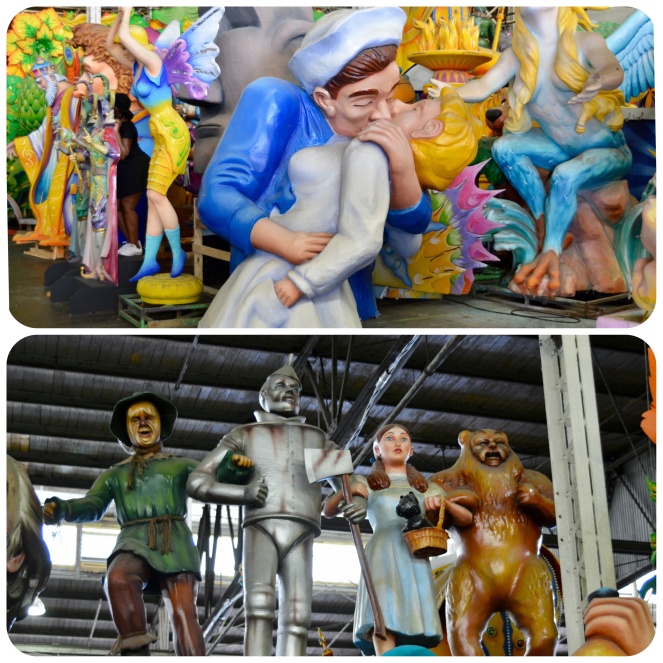 That evening we popped over to Frenchmen Street to the night-time art market. It was lit up all pretty with fairy lights and there were so many creative wares on display! 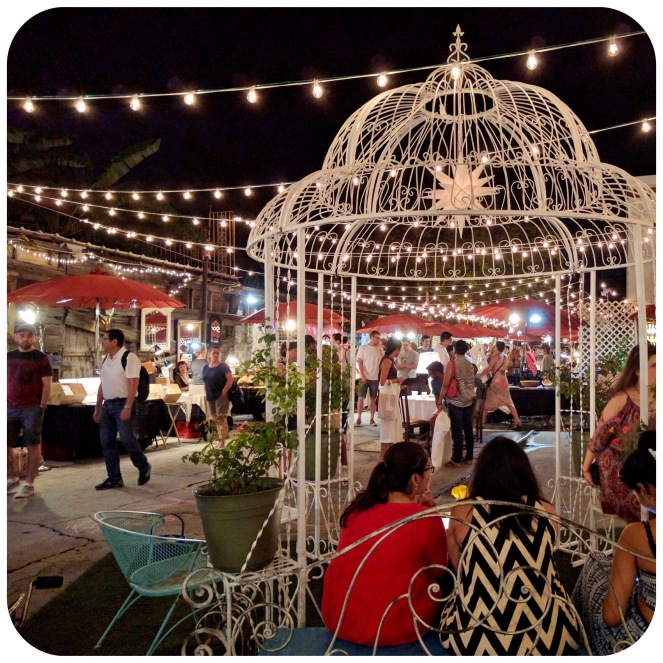 Monday was Labor Day and (just like on our Labour Day in New Zealand) it was pouring with rain when we woke up, so our outdoor plans were vetoed. We couldn’t find any galleries or museums that were open on a public holiday so instead we dashed out to Walmart to stock up on supplies and spent most of the day watching Gilmore Girls. 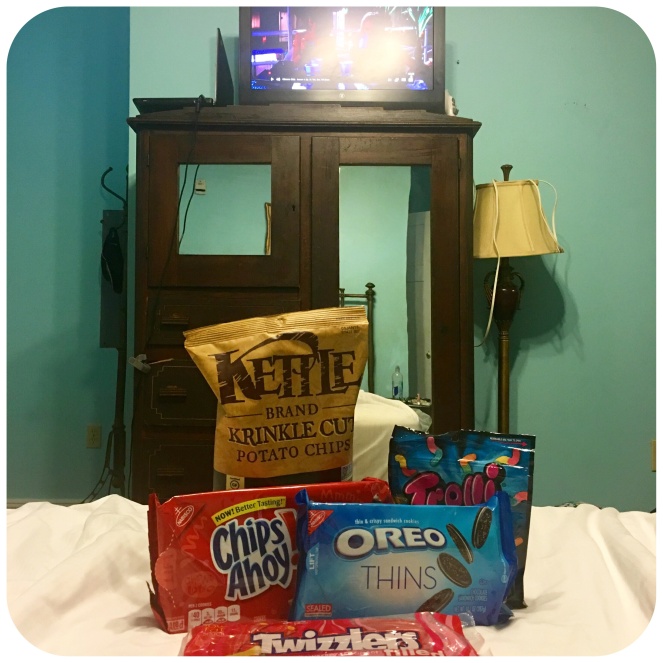 By late afternoon the rain had cleared enough for us to head over to the French Market, which even in the bad weather was bustling! It was super humid so we didn’t stay long but we did pick up some pralines and salt water taffy to take home.

Tuesday was our last full day in New Orleans so we wanted to make the most of it. We started off at the Civil War Museum, which was very odd! We thought it would have gone more into the history and background but instead it seemed to be more of an archive for the uniforms and belongings of wealthy soldiers, so I came out no wiser about that war.

Our next plan was to visit some of the antique stores on Royal Street but once again our plans were foiled by rain! We made stops for beignets and cocktails (at two different establishments) but the rain wasn’t letting up so in the end we called it a day.

The rain had stopped by evening which allowed us to wander down the road to our favourite Voodoo BBQ and Grill (we had alternated between that and Slice most of our time there!) for some burgers and fried shrimp. And of course we couldn’t leave without trying a Hurricane – my goodness they were strong!

The next day was largely spent driving back to Houston from New Orleans. It was sad thinking that we had such limited time left on our holiday! We went back to El Tiempo Cantina which we had tried on our first time in Houston, and once again it was amazing!

We also managed to get to a few more vintage stores including Blind Girl Productions and the beautiful Cheeky Vintage. We also went to the mall to kill some time (and for one more browse round Sephora) before we flew out later that evening. Then in 14 hours, we were home again!

We had such a wonderful time in the States! I’m so glad we got to everything we wanted to see and we met such friendly people and had some amazing food. I can’t wait to go back!

Photo credits: a mixture of myself and @cmjsnz unless otherwise stated.

One thought on “Miss Hero Holliday on her holidays: New Orleans and back to Houston”